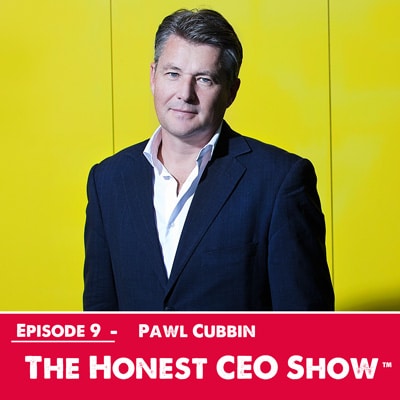 My guest today is Pawl Cubbin, Founder & CEO of ZOO Group. We talk about how to regain control of your business after a buy out. And how to grow your business to a multi national level.

Pawl started his career in 1985 as an Art Director. Ten years later he began building what became a highly successful branding/advertising business in Canberra growing it to more than 50 people over a period of 12 years.

In 2000 Pawl inadvertently entered the hospitality industry by acquiring part of a small commercial building with a leading restaurateur. Six months later, after losing a tenant, he decided to create his first hospitality venue. This was the beginning of CubbinCo, a business management company that Pawl set up to run his expanding group of restaurants, pubs, clubs and commercial properties. CubbinCo now also oversees the financial and administrative aspects of ZOO and other creative businesses Pawl has invested in.

In 2003 Pawl helped establish Australia’s largest regional airline, Regional Express (Rex) as one of the founding shareholders and a board member. He was responsible for the launch, branding, marketing and media strategy of the airline until he sold his shares at IPO in 2006.

In 2007 his business partners sold their shares in their advertising business to the STW group. Three years later Pawl bought the shares back with a dream to create a truly independent agency network, the ZOO group.

ZOO Melbourne opened in 2012, followed by Sydney mid 2013, then Auckland in 2014. Pawl established a board of key partners and external advisers to help strengthen the businesses and expand the group. The Zoo groups Singapore office opened late 2015 and Pawl’s goal is to have 10 agencies in 7 countries by the end of the decade.

Don't miss an episode of the The Honest CEO Show by subscribing on iTunes, Soundcloud and if you love our podcast leave a review.

What was your biggest take away or ah-ha moment from this episode?