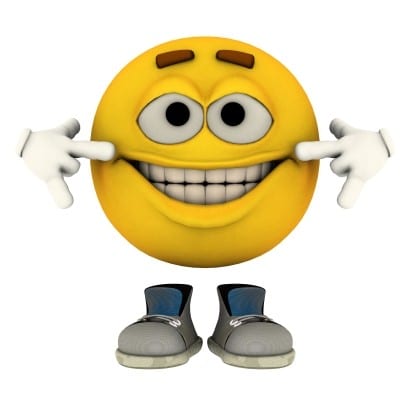 How happy are you? Recently, I started thinking through this question, and how happiness or the lack there of can affect people in everyday life.

I’ve always tried to live by the philosophy that you are the master of your own destiny, if you are not happy, you have the power to change it. Do humans change their situation when they are not happy? My research indicates that the majority of us don’t.

Interestingly, I read an article recently in The Guardian which detailed a study on how happiness is attributed to you earning more.

Do you believe it? I do.

Professor Satya Paul, an economist at the University of Western Sydney, conducted an analysis on the effect of happiness on income inequality.

The HILDA survey asked 9,300 people to answer questions about their economic situation and their well being. From 2001 to 2005, respondents were required to rank their "happiness" (or life satisfaction) from zero to ten, where zero was least satisfied with their lives, and ten was most satisfied.

The report showed that using mathematical modeling; Paul could demonstrate that for every one-point increase in the happiness scale, the net effect on the individual's annual income was an increase of $176.76.

Extrapolated to percentages, he suggests that for every 1% increase in happiness, there's a 0.056% increase in income.

Interestingly, there's also a negative effect of happiness on income – the number of hours worked.

Paul suggests the increase in income resulting from higher happiness is a result of happier people being more efficient in earning activities. Or, to put it more simply, happier people are better workers.

I completely believe the above statement is 100 per cent true, happier people are better workers.

In my book, which is being released in October, The Power of WOW - Why "Thank You" Makes Dollars and Sense I talk about the value of employee recognition in the workplace.

Employee happiness in the workplace is fundamental to reducing turnover rates. A recent survey conducted by The Australian Human Resources Institute found that turnover rates in Australia averages at 18.5 per cent across all businesses. Employee turnover is costing Australian businesses in excess of $20 billion.

“It is not enough to merely believe in recognition. You also have to BEHAVE like you believe in it.” -Eric Harvey, author

If you are a business owner or a manager, I encourage you to recognise your employees and say, “thank you” occasionally. Create a culture and environment that promotes happiness. Happiness is infectious; if you are happy, I can guarantee that the people around you will be too.